Compensation in this position will include a base pay around $35k-$40k per year.  In addition, the Route Service Rep will earn a bonus based on total sales volume in the assigned route.  This bonus will typically take your total annual income into the $50k-$55k range.  Outside of this, the company offers a fantastic benefits package that will include medical, dental, vision, 401k, paid time off, bonus pay and much more.

Requirements for the position include at least one year of delivery / route experience.  The candidate should also have excellent customer service skills, and very good communications skills.  The candidate will also need to have a clean driving record as well as a current driver’s license.  Candidate should not be afraid of hard work as there is some physical aspects to this role.

PROFESSIONAL SEARCH
AllSearch has built a quality reputation helping talent in the professional fields of sales, technology, insurance and management all across the United States find and land exciting and rewarding career positions. We’re a leading provider of professional placement and recruiting services, having placed professionals in 46 states across the U.S., and in six countries around the world. #FindYourPath #StepYourJobUp #ProfessionalCareers 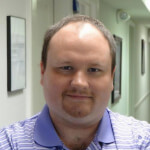 When did you start selling and/or recruiting?

My first position out of college was in IT Sales. I found out quickly I had the sales gene. I have a strong desire to make things happen for my clients.

Joel is very dedicated to the local community. Little known fun fact, he holds a high-ranking elected seat on the local school board, despite having no children of his own!

What’s the biggest compliment a client or candidate ever paid you?

“You saved me from a dreadful situation at my last employer”

What did you want to be when you grew up?

Batman.  Either that or Michael Scott.  I think I landed more closely to Dwight Schrute.

Where did you go to school, college, major?

Millersville University, majored in political science. I was also the opinion editor of the school’s newspaper, The Snapper!

What famous person would you switch lives with?

What three things would you bring to a deserted island?

What do you typically eat for breakfast?

Nothing, I bide my time until Chipotle.

There are currently no related jobs. Please search again.
Loading...